The United Republic of Tanzania is approaching general elections on 28 October 2020. Currently, the political parties participating in these elections are undergoing the internal process of nominating their candidates for councilor, parliamentary and presidential posts. To which extent are women included in this process, and are the nomination processes of selected political parties in Tanzania gender responsive and inclusive? 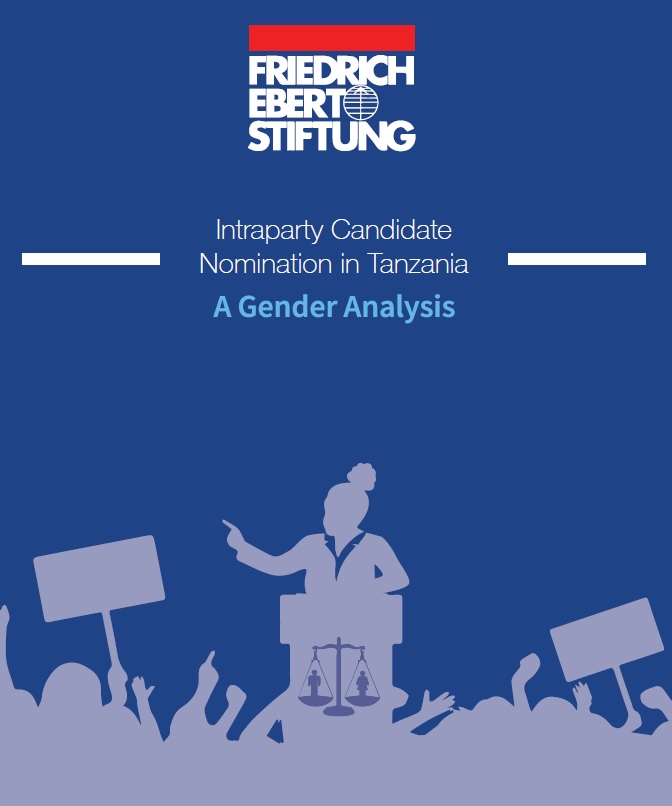 Tanzania is recording a comparatively high percentage of female parliamentarians, brought about by the constitutional provision of special seats for women and a guaranteed minimum threshold of female members of parliament (MPs). Yet, the provision of special seats also has profound implications on the candidate nomination for direct constituency seats, and therefore affects the structural power of women in political parties and politics at large. The gender analysis of intraparty candidate nomination processes by Consolata Sulley from the University of Dar es Salaam contributes to the assessment of female participation and representation in political parties, and therefore sheds light on the current state of gender equality in Tanzanian politics.

The analysis addresses the following questions:

1) Which national legal and institutional frameworks promote, which ones discourage gender equality in candidate nomination?

2) How democratic and gender inclusive is the candidate selection process in different political parties in Tanzania?

The analysis is complemented by a policy brief with concrete recommendations on how to make intraparty nomination processes more gender responsive and thereby contribute to more gender equality in Tanzania. The policy brief will be released in the coming weeks.