Trade Unions in Tanzania, as elsewhere on the continent and worldwide, suffer from the fact that unionism is not as appealing anymore to the majority of young people and workers. 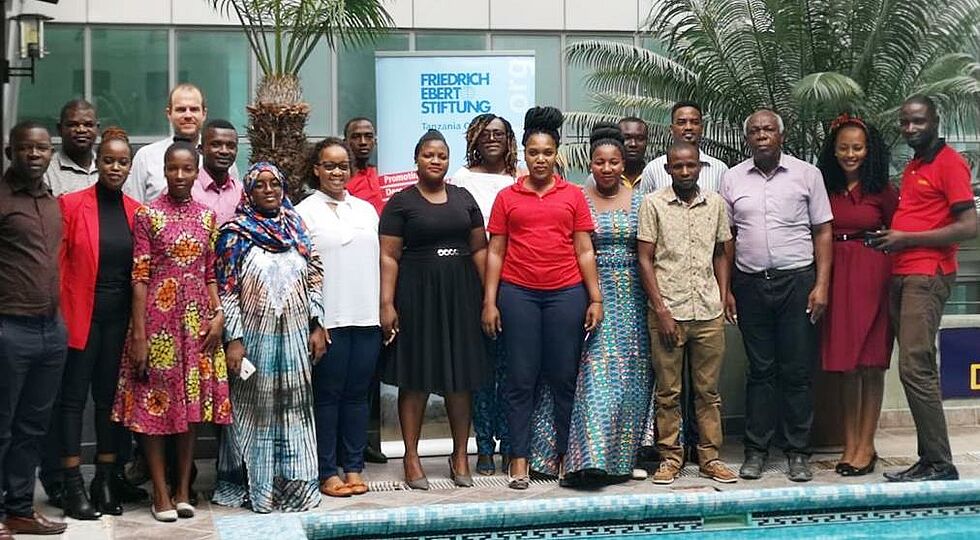 This is amplified by a tendency of over-representation of senior unionists in decision-making structures and limited activism by young workers. Due to their limited ability to effectively influence change in their work places, youth remain to be perceived as inexperienced and lacking ambition to positively impact their work places and unions.

A group of 18 youths from private sector trade unions and civil society organisations have embarked to prove this perception wrong. In recognising the fact that the future of the Unions extremely depends on a new generation of members, FES Tanzania in partnership with IndustriALL Global Union held a youth activist workshop which brought together a diverse group of young workers and activists from Tanzania mainland and Zanzibar during 10th to 12th July 2019 in Dar es Salaam. The participants expanded their knowledge and understanding of trade unionism in Tanzania and Sub-Saharan Africa at large, explored how to build alliances for positive socio-economic development and drafted action plans to improve young workers' rights and the functioning of youth structures within their unions.